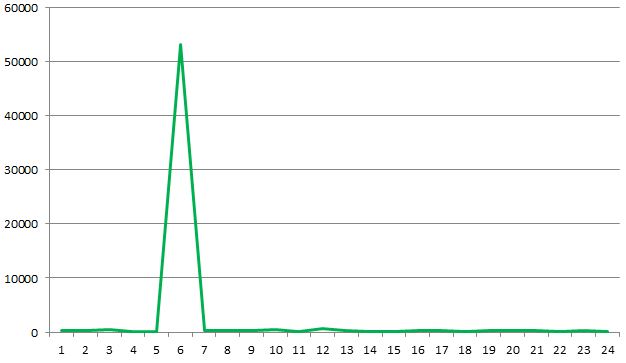 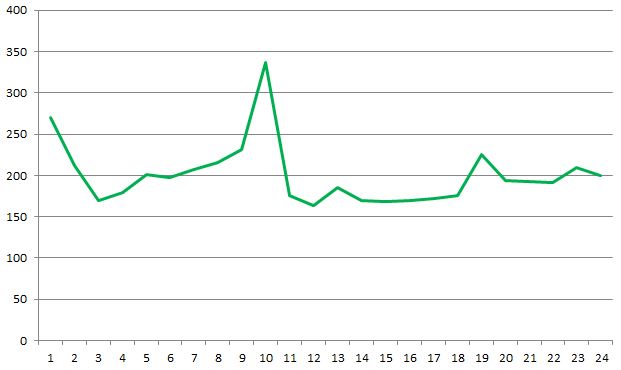 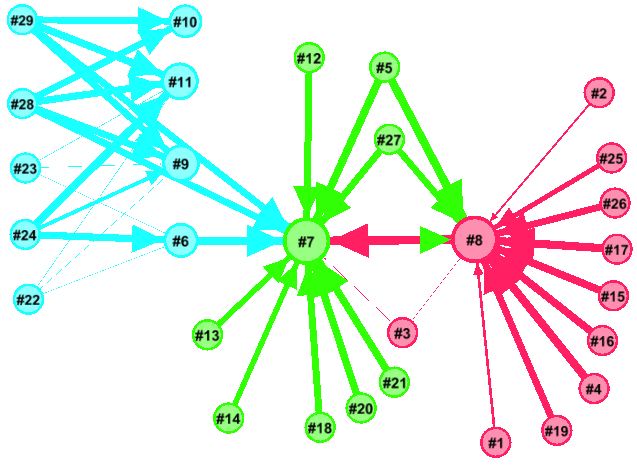 For organisations using Web Services on Microsoft Servers the IIS logs can prove a useful resource. Firstly it’s possible to build a dependency map showing which servers are dependent on services on a given server. Using the Gephi timeline feature it’s also possible to show how the traffic changes over the course of a day, or whatever period. The Gephi graph below shows data collected from a number of servers over an 18 day period. The edges have been weighted with a logarithm of the number of calls received per minute. The colours represent clusters detected by Gephi and not derived from any information about the server. Now you might think an IT department will know all the dependencies between servers; well maybe it should but this exercise did reveal a few surprises and even if it did not it is still a worthwhile exercise to validate dependency information. Log files can be used to automatically create a baseline of ‘normal’ behaviour. This can then be compared with current behaviour and anomalies identified. A simplistic approach is to calculate an average of calls to a web server historically and then compare with the number of current calls. The chart, below, shows this for one server: the blue line is the average number of calls per minute of the day from days 1 to  17; the red line is the number of calls received each minute on day 18

All very interesting but can IIS logs help build a picture of Social Networks? Well I’m not sure as I’ve not tried but it lets you see who used what and when, well certainly for internal apps. People who use the same app around the same time or with similar usage patterns are probably doing a similar job so may know each other and, if they don’t, maybe they should.