Some guidance from the #SDW13 London panel on how to get a social data project running successfully:

(1)    Map the social Data ecosystem: what are the data sources; who are the users; who will analyse the data; what data is important?

(2)    Get an early client (internal or external) and iterate quickly.

(3)    Build slowly and try not to over-think it; generate some early value.

Apparently some of these were learnt the hard way, so pay attention! 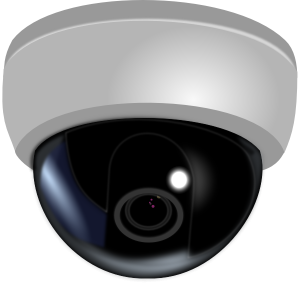 There is tremendous value in analysing social networks, both internally to an organisation, and looking at the social networks of the organisation’s customers, suppliers, industry influencers etc. but what happens when that community becomes aware that their publications and interactions are being analysed?

I asked this question at Social Data Week ’13 in London  and the panel’s answer was that it did: you can already observe people taking advantage of this in expecting some sort of reward for following, or otherwise being associated with, organisations. This sounds fairly innocuous but I am more concerned about observing networks inside the organisation.

Think about the following scenario: an organisation analyses IMs to gauge sentiment and presents this information by department; one department noticeably has a lot of negative sentiment compared to the others; the department’s manager is advised of this and asked to devise and implement a plan to improve the situation. What could they decide to do, the three options are:

3         The wrong thing: tell members of the department the communications are being monitored and not to use negative language

I have actually observed the wrong thing being done when it comes to staff surveys (which amongst other things are trying to gauge staff sentiment about the organisation): the manager of the department let it be known they did not want to see negative ratings of management in the survey, presumably because the results of the survey had some bearing on their bonus. I fear the same thing would happen if social network analysis and/or sentiment analysis were being used.

Another option an organisation has is to use surveys to build a picture of the social network (I’ve recently exchanged some views with TECI who take this approach). In this case its clear that the organisation is collecting the data but I wonder how accurate this is; I think people may either not answer entirely honestly or simply forget about certain connections in their network as they don’t seem important (but could be very important in the overall network). I’d love to know if anyone has any studies that compare networks derived from surveys with those derived from communications data. My guess is doing both and combining the results would give the most accuracy.

Does anyone know of any studies, or have any experience of, social networks changing if they become aware they are observed?

A compelling presentation showing how easy it is to take off-the-shelf software (COTS in the old jargon) to go right from extracting social data to sorting, querying and presenting it.

For those of us from an IT Architecture background I’ve illustrated the ETL/Data Warehouse type steps that these three offerings bring together (they have already built the integrations), it really did look very straightforward.

What was missing, for me, was the ability to explore or analyse the social network. I spoke to Datasift a few weeks ago about Twitter data and they explained that they did not provide follower data so, at this stage, those of us wanting to look into the networks are still going to have to write a bit of code.